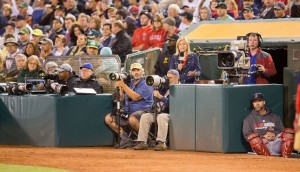 A day of shooting with Oakland A’s was a tremendous outing. The game was exciting and the mood on the field was high. I had the opportunity to spend time with sporting (and life) legends Peter Read Miller, Michael Zagaris (Zee), Brad Mangin and Thearon W. Henderson and got some shots that made the outing truly worth while. I’ll have an article on sports shooting and important lessons learned (by me) the hard way (with plenty of examples). 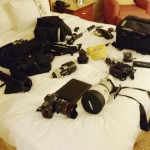 Overall this was quick celebration of a great outing with lots of highlights and lessons. Meeting the Oakland greats and hearing some war stories, access to the corners of the stadium and much more was so much fun. I’ll offer a debrief at some point highlighting the many parts of shooting sports that most photographers may not consider.